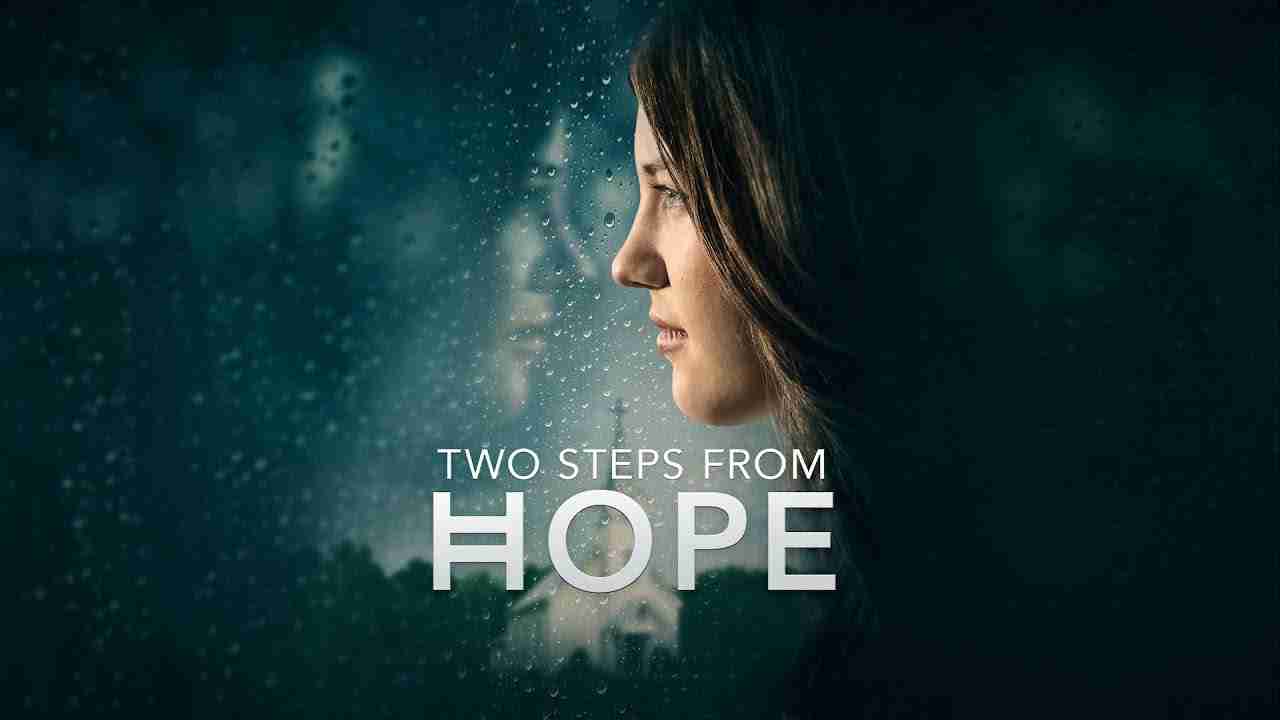 This film was written and produced by Jr. High and High School students from Indiana, assisted by filmmaker George Johnson.  This was a church sponsored summer project with the goal of communicating the Gospel through film.  With that in mind, the result is awesome!

“Two Steps from Hope” is the story of a typical teenage girl, Jamie, who is feeling disconnected from her family.  In an effort to find herself, she begins hanging out with the wrong crowd even though her parents have warned her of the dangers.  After sneaking out of the house to party her parents are angry and worried.  When Jamie finally sends a text to her father to let him know she’s okay, he frantically reads the text while driving.  The inevitable car crash follows and tragically takes the life of Jamie’s younger brother, Graham.

After Graham’s death Jamie’s family begins to fall apart.  Jamie’s mother blames her father for reading the text while driving and her father blames her mother because she neglected to buckle in Graham’s car seat.  Jamie blames herself since it was her text message that triggered the event.

Jamie is ready to take a handful of prescription drugs to end her misery when her friend Liam stops her.  Liam tells Jamie that Jesus loves her and she is not to blame for Graham’s death.  Jamie is not sure what to think about Jesus, but she is open to learning more and agrees to attend a church youth group with Liam.

Jamie’s parents continue to struggle with the loss of their son and are ready to split up over their anger for each other.  Jamie reminds them that she still needs them and they should consider her before they consider divorce.  In an effort to get away from the tension at home, Jamie agrees to attend church camp with Liam.  At camp, Jamie makes some new friends and after a long talk with one, accepts Jesus as her Lord and Savior.

When Jamie returns home she finds her parents still at odds with each other and she storms out of the house to visit the grave of her brother Graham.  Joined by her friend Liam who followed her to the cemetery, she lets him know how difficult things are at home.  While they talk, Jamie passes out for an unknown reason.

When Jamie wakes up in the hospital it is revealed she has Hodgkin’s lymphoma, a form of cancer that can appear without any symptoms.  It is determined she is at stage four which means she will likely die.  Jamie’s parents are devastated and turn to God even though both have had a distant relationship with him recently.   After forgiving each other for the tragic death of their son, they both join an unresponsive Jamie at her bedside to pray for her.  The story ends with a voice over from Jamie who reminds us all to hope for a miracle and we are left to understand that she lives on.

As student films go, this one is pretty unique.  This film was made by kids mostly between the ages of 11 – 18.  A feature film produced by collage age students is fairly common but this is Jr. High and High School students.  I can honestly tell you this movie is better than many of those college film school movies. There is a younger perspective in the filmmaking that plays well with the story of a struggling teenage girl.  I could give you a list of things that could have been done better in the telling of this story, but I could also make a long list of things that were done well.  In the end, there are real emotions developed in this film that carry the story through to the end.  You will come away from this movie having gone through tragedy with a young family that finds their way forward with faith, hope, and love.  This is an amazing accomplishment for such a young production team.