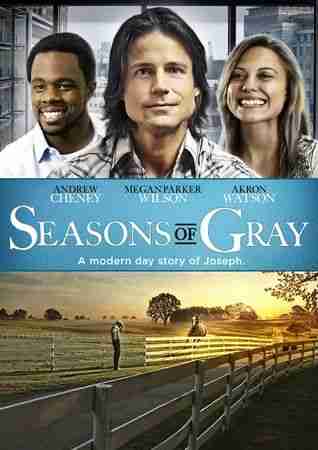 Brady Gray, a man in his twenties, is the son of a wealthy rancher who married a second time later in life.  Unfortunately, Brady’s mom died and as a result Brady has become his father’s favorite son.  This is a problem for Brady because his four stepbrothers from his father’s first marriage are very resentful of his favored status.

Brady also has a psychic gift that allows him to predict the future through dreams.  After his brothers are particularly rude to him, he lets them know he had a dream that they would one day come to him to be rescued; so they should think carefully about how they treat him.  This dream, along with the fact that his father gives him a new truck for his birthday, puts the oldest brother in a fit of rage.  On a secluded part of the ranch, a long ways from their father, the oldest brother gets into a violent fight with Brady.  The other brothers soon join in stopping just short of killing Brady.  They end up locking him in the back of a cattle truck heading to Texas and tell him never to come back.

Brady finds a friend in Texas, Chris, who helps him get back on his feet.  They end up working together in the mailroom of a large real estate development company.  Brady is noticed by a senior executive and is quickly moved up to his assistant.  However, things turn ugly when the senior executive’s wife falsely accuses Brady of sexually assaulting her at a party. Unable to pay for a significant defense, Brady lands in prison for several years.

During his prison stay, Brady is able to accurately predict the fate of two different inmates based on listening to the details of their dreams.  When one of these inmates is set free, he ends up in a Alcoholics Anonymous meeting with David Benson the president of the real estate development firm Brady used to work at.  Benson is tormented by a recurring dream and is urged by the inmate friend of Brady to visit him for help.

David Benson visits Brady in prison where the meaning of his dream is revealed.  Benson then hires a team of lawyers to get Brady out of prison and puts him to work as a senior executive in his real estate development firm.

Finally, as predicted by Brady’s dream, his brothers end up needing Brady to save their ranch from foreclosure.  Brady struggles with vengeance before giving into God’s desire from him to forgive his brothers and save them in their time of need.

If you know the story of Joseph from the Bible, this should all seem rather familiar to you.  This script is based on Joseph’s story and it comes pretty close to nailing all of the important movements in that tail.  Andrew Cheney, plays Brady Gray and does an excellent job portraying the battered and broken rejected brother.  His transition to powerful executive is well developed and believable even though it transpires fairly quickly in screen time.  The rest of the cast is equally qualified resulting in a satisfying and thought provoking film.  Rewriting a Bible story to fit modern times is not an easy task, but this film demonstrates it can be done well.

← The Rolls Royce of Religion
The Lost Art of Disciple Making →