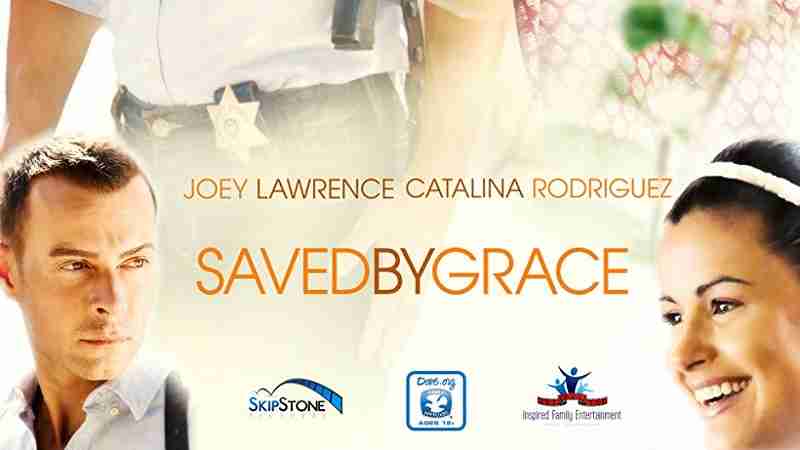 Tragedy can push us into making irrational choices that we regret years later.  Lives can be turned around and destroyed by tragedy.  Such is the case with a police officer named Rick, who is the victim of a home invasion that ends the life of his much-loved wife and leaves him on disability when a bullet destroys his knee.  Rick ends up leaving his 10 year-old-son with his mother while he recuperates, but a deep depression drives him into a reclusive life that keeps him separated from his son for five years.

On Thanksgiving, the five year anniversary of his wife’s tragic death, Rick is lost and alone ready to end his misery with a bullet to the head, but God has other plans.  On his trip to a secluded place to end his life, Rick encounters a young woman looking for a ride to see her family on Thanksgiving.  Rick tries to brush her off but in the end realizes he’s the only one who can help her.  The young woman’s name is Grace, and it becomes clear as they travel across town that she has been placed in Rick’s life at this moment for a reason.

On their way to visit her family, Grace has Rick stop at the local high school, at an abandoned dance studio, and at a local church.  At each location they both share memories.  It turns out Grace has some tragedy of her own but her faith in God has carried her through.  Rick has given up on God and Grace makes it her mission to bring him back to the Lord and back to his son who should not be growing up without a father.

Saved by Grace is a beautifully made film with a gentle meandering pace. As we travel across town toward their ultimate destination, we also travel through their lives and watch their spirits grow closer together.  Grace has learned to trust God and seek a deeper meaning to the terrible things that have happened in her life.  Rick has closed the door in the face of God.  Fortunately, God has sent Grace to take him by the hand and bring him home.

← The Masked Saint
More than Miracles →