Same Kind of Different as Me 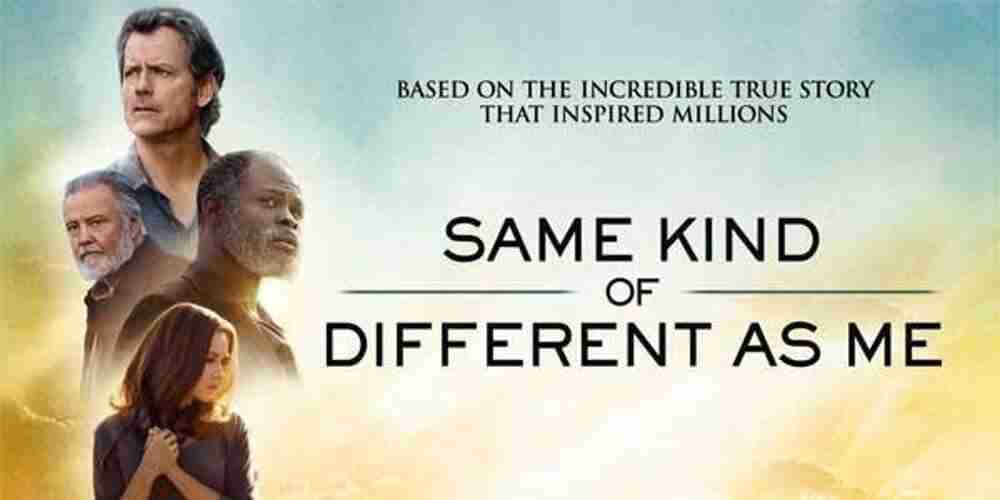 This is the true story of Ron Hall who is a wealthy art dealer in Texas focused on making lots of money and living a comfortable life.  He’s not overly concerned about those less fortunate than himself until some trouble in his marriage to wife Debbie forces him to join her working at the local homeless shelter.  In an effort to rekindle his failing relationship with Debbie, Ron reluctantly joins her serving food to those who have lost their way in this world.  When both Debbie and Ron decide to befriend a homeless man, Denver, who has a very difficult personality, they each begin to change.  Ron grows to understand and care deeply for the homeless like Debbie, and Debbie again warms up to her relationship with Ron, while Denver discovers there are people who truly care about him.  All three struggle to understand God’s hand in all of this.

Tragically, Debbie is diagnosed with a terminal disease and everyone has to again readjust their point of view, including Ron and Debbie’s teenage children and Ron’s alcoholic father who is eventually pushed aside by Ron for his rude behavior.

In the end, it’s Denver who brings clarity to the situation delivering a powerful eulogy at Debbie’s funeral and suggesting to Ron he needs to mend the relationship with his father.  Ron ends up continuing the work with the homeless that Debbie started along with his best friend Denver by his side.

This is a thought provoking story that encourages the viewer to consider carefully how similar we all are, while at the same time being completely different.  That may sound like a contradiction but it’s not.  Although we are each totally unique, we are also all traveling along the same road – rich or poor, black or white and we all must find our way through this life and into the great beyond.  There’s some good acting in this film by Greg Kinnear, Renee Zellweger, Jon Voight and Djimon Hounsou who plays the homeless man, Denver.  Unfortunately, I was left with the notion that there’s a lot more to this story than what made it onto the screen. I have not read the book on which this film was based, but I’m guessing there’s a lot more detail in there about how these relationships developed and evolved.  If you understand that, you’re going to see an abbreviated version of some fairly complex relationships; and if you enjoy exploring how all of God’s creations are joined together, this film will be well worth your time.