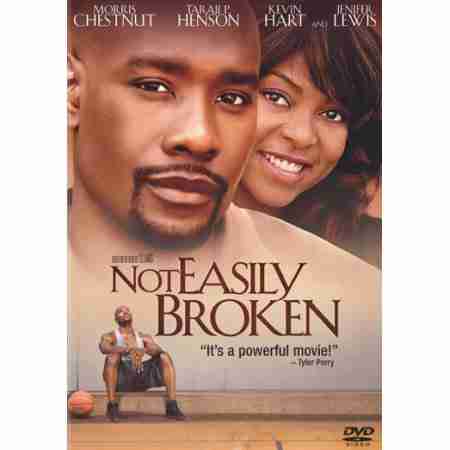 “Not Easily Broken,” is a story based on a novel written by the well-known Pastor T.D. Jakes.  It tells the story of Clarice and Dave who are struggling through a marriage that has lost its foundation of love and its connection to God.  After a traffic accident that leaves Clarice struggling to regain her ability to walk, Dave has to take a backseat to Clarice’s mother who moves into the house and pushes Clarice in all the wrong directions.   Feeling pushed aside, Dave begins to consider exploring the feelings he is having for another woman, but when the opportunity presents itself he decides not to follow thorough.  Once Clarice has fully recovered from her accident, and after some nudging from her church pastor, Clarice realizes how she has mistreated Dave and makes an effort to bring their relationship back to where it should be.  In the end, Dave and Clarice realize God wants to hold their marriage together and they recommit to each other on the announcement that Clarice is finally pregnant and ready to start a family.

There are a lot of wonderful moments in this film that ring true and give the movie substance.  I have to say, this is an unevenly told story that doesn’t always pull the audience along as well as it could.  The story structure is a little disjointed and tends to jump from place to place.  I would urge you to put that aside and simply watch scene-by-scene, because every scene is well played with quality acting and more often than not, deep meaning.  In the end, all the pieces will come together into a grand collection of significant moments.  Kevin Hart does a great job adding some well-placed comic relief.  In fact, the entire cast does an excellent job portraying totally believable characters, including a cameo by T.D. Jakes himself.  Overall, this is a great story that maybe could have been better told; nevertheless, it is still filled with genuine emotion.