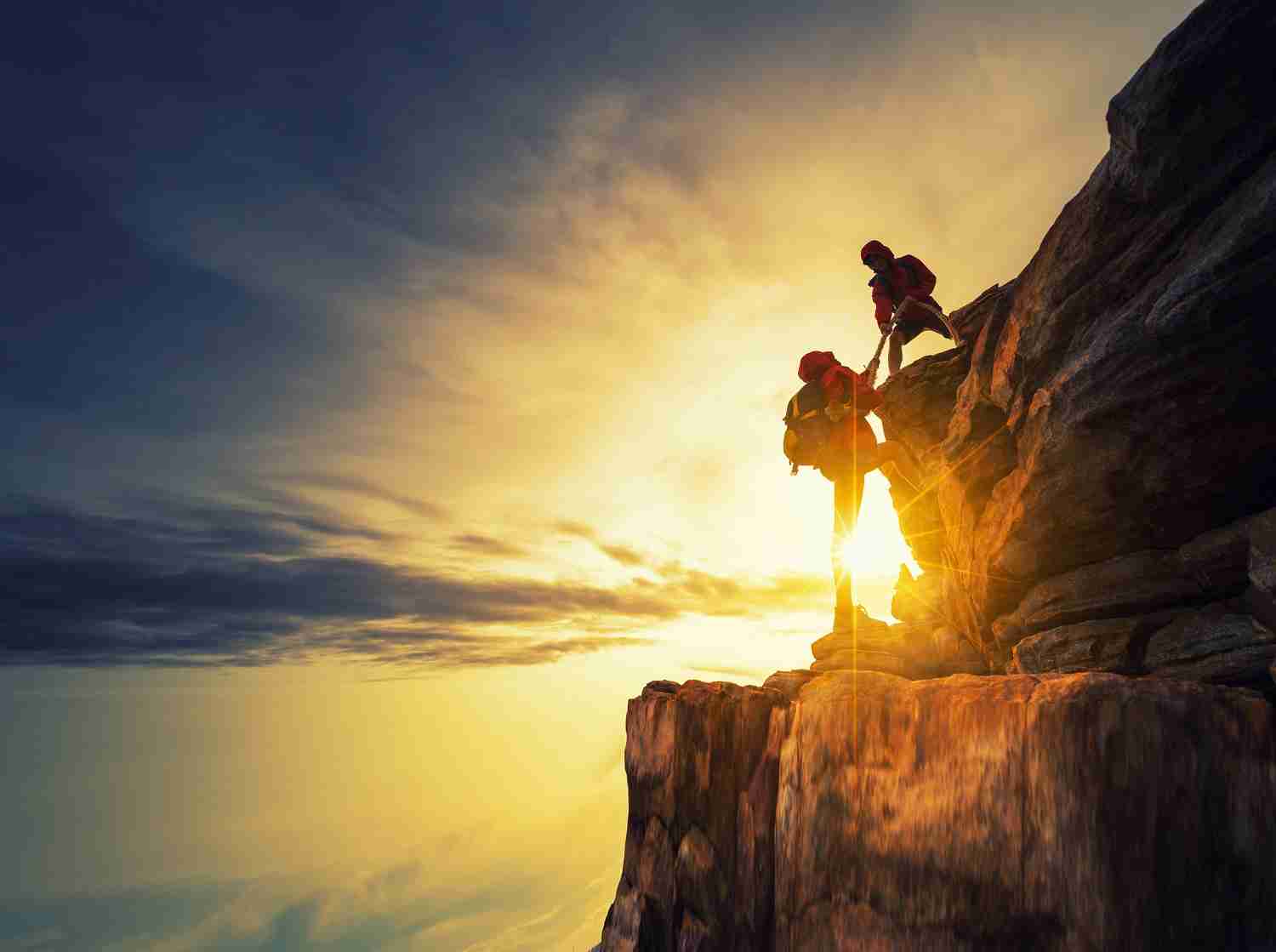 I don’t know about your life, but mine has been a collection of highs and lows.  Some days I feel like I’ve been greatly blessed, and other days I feel like God has left me to flounder on my own.  I make every attempt to follow the path God places before me and avoid the devil’s deception; however, I sometimes have the impression I’ve made a wrong turn somewhere along the way.  I find myself asking why God would allow me to stumble into whatever troubling situation has taking over my life.  So far, I have survived all those things plaguing my security, happiness, and sense of peace. Somehow I’ve always made my way beyond the bad times and back to the good times.   Overall, I have to say I feel God’s presence in both good and bad times.

To be sure, there’s nothing easy about the Christian life.  Walking with Jesus often feels more like mountaineering than a stroll in the park.  Of course the world we live in has obstacles we need to overcome, but God could direct us around those difficulties if He wanted.  It seems God’s will is to keep us climbing.  God wants us to continue to move higher and higher on the mountain.  We have been granted righteousness through the death and resurrection of His Son Jesus Christ and now we must climb our way to the summit where we will encounter our eternity with Him.  When we look back at the life of the apostle Paul, we see a similar struggle to reach the top of the mountain.

“Then some Jews came from Antioch and Iconium and won the crowd over. They stoned Paul and dragged him outside the city, thinking he was dead.”  Acts 14:19 (NIV)

In chapter fourteen of the Book of Acts, Paul and Barnabas continued to preach the gospel to both Jews and Gentiles having some success but also causing division.  When they felt threatened, they left town and went elsewhere to teach.  In Lystra, a lame man was healed while listening to Paul’s preaching and the local people believed this was because Paul and Barnabas were the mythological gods Zeus and Hermes.  While trying to convince the people of Lystra otherwise, Jews who had followed Paul to Lystra began turning the whole town against him.  Eventually they dragged him out of town and stoned home, leaving him for dead.  Fortunately, he miraculously survived the attack.  Paul and Barnabas then continued their journey in other towns gaining many more converts.  Finally they returned to Antioch and reported their success to the thriving church there.

“On arriving there, they gathered the church together and reported all that God had done through them and how he had opened a door of faith to the Gentiles.”  Acts 14:27 (NIV)

The apostle Paul accomplished a great deal in his life but it was no walk in the park; it was an arduous struggle.  We know God was with Paul during every step of his ministry.  God could have made Paul’s every journey like a stroll alongside a flowing river, but He didn’t.  Paul was a mountaineer who climbed dangerous peaks and continuously fought his way toward the summit.  God has a purpose for our struggle.  Praise God for every difficult step.  Like Paul, we need to continue to climb and cherish the moments of rest we get as we move closer to God.