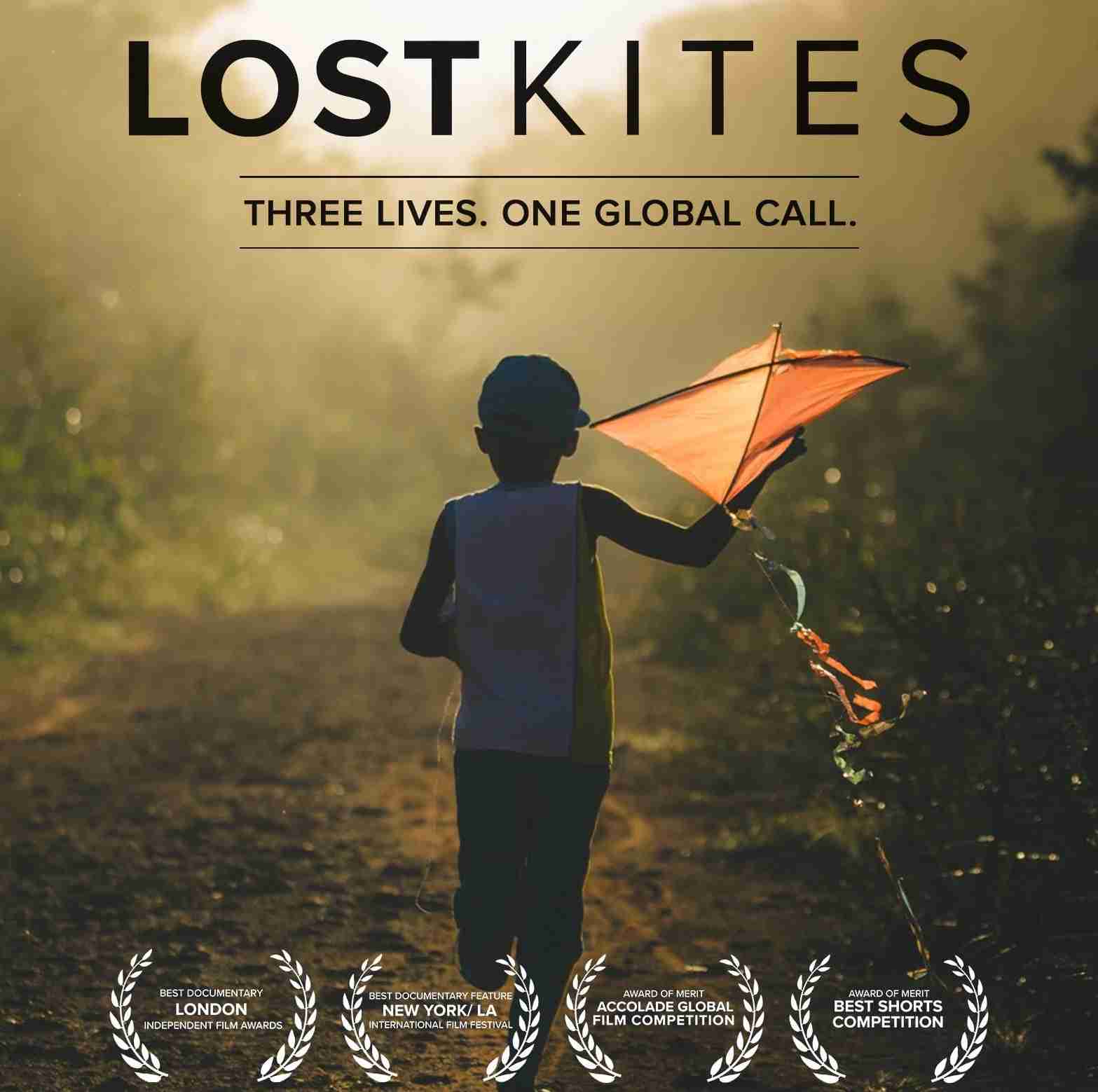 A group of young filmmakers who, during their travels, witness the plight of children separated from their family, decided to set out on a two year journey to discover the best way to help these children which they call the “lost kites.”  There are eight to ten million children living in orphanages around the world and likely a hundred million living on the streets.  The film includes interviews with social workers, advocates, doctors, and authors who share their perspective and suggestions for dealing with this enormous problem.

The central focus of the film features three abandoned kids who are followed for a period of time providing the viewer with a close personal connection to the difficulties these children face.  In Brazil we meet a 17 year old boy named Werick who is living in a boys’ shelter.  Like most of these children, he has a parent who simply can’t afford to take care of him.  His dream is to become a professional soccer player.   In India we are introduced to a young teenage boy named Sanjoy who lives on the street.  His father walked away from him and turned him over to an abusive uncle.  Sanjoy turned to a life on the streets to get away from his uncle.  In China, we get to know two and a half-year-old Carmela who was abandoned by her mother who could not afford the surgery she needs for a hole in her heart.  Fortunately, she is being cared for by foster parents Joy and Haitao who are searching for the right hospital to get the surgery she needs.

Most people think of orphanages filled with kids who have no parents, but the truth is most of them do have parents and other extended family; however, in most cases those relatives can’t afford to care for another child. What the filmmakers discover in their quest is that a foster care system is far superior to the residential care centers found in most countries.  Placing children with families provides children with the emotional connection they need to properly develop.  While that may seem obvious, what is a bit of a surprise is the fact that a foster care system, that pays families to take care of children, is actually much less expensive than building and maintaining orphanages.

This is a beautifully made film that provides a personal connection to this horrific dilemma, which is not only happening in Brazil, India, and China – but is a situation that exists all over the world.  Lost Kites is a power packed 48 minutes that is well worth your time.

← Your Words are Like Fire
The Road to Success →