Letters to the Church 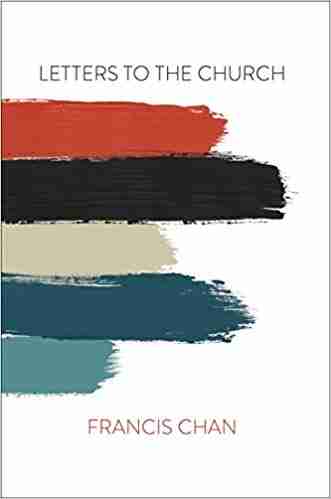 Francis Chan started his church in Simi Valley, CA in his home.  Over time, it grew into a megachurch of 5,000.  While this was precisely what Francis perceived to be success in ministry, as the church grew he began to feel disconnected from God’s plan. He tried to make some changes in his megachurch to make it more like the church God intended, but it was too well-established to change.  Seeing no other option, Francis left the Cornerstone megachurch after about 16 years of service.  “Letters to the Church,” is his account of what he learned in the process and what he has experienced since leaving.  Francis now shepherds a growing number of home churches in the San Francisco area.  This is as he sees it, God’s true vision for the church.

Francis makes a clear distinction between the expectations of most churches these days and God’s expectations.  Most churches are concerned with things like worship music, good sermons, convenient parking, clean bathrooms, childcare, coffee, and length of service. God’s concerns are things like loving one another, visiting orphans and widows, making disciples, and bearing one another’s burdens. Simply put, Francis sees God’s list as far more important, and in his mind it is being overshadowed by the first list from today’s church.

Francis makes the point that churches in America have become more like zoos for pampered wild animals.  Christians in American have lost their wild spiritual connection to God and instead prefer to have it spoon fed to them once a week in church.  He tells stories about how the church is growing around the world in places like China where it can be dangerous to be a Christian.  He witnessed young people in China praying to be sent to dangerous places hoping to die as martyrs. Their passion for a relationship with Jesus Christ was overwhelming and Francis was embarrassed to describe how different church services were in America. When he told the church leaders in China about how Americans want a ninety minute service, with great kids programs and exciting music, they began laughing hysterically.

Francis Chan doesn’t believe his new church model is a finished product, nor does he believe this is the one perfect path to God.  What he does believe is that change needs to come to the church in America and his experience and observations are a good starting point.  The detail, depth, and sincerity in his writing provide a compelling read.  Filled with solid scriptural references, this book is a worthy exploration into the American church’s relationship with God.  The question becomes, are we just pleasing ourselves or should we be trying harder to please God?