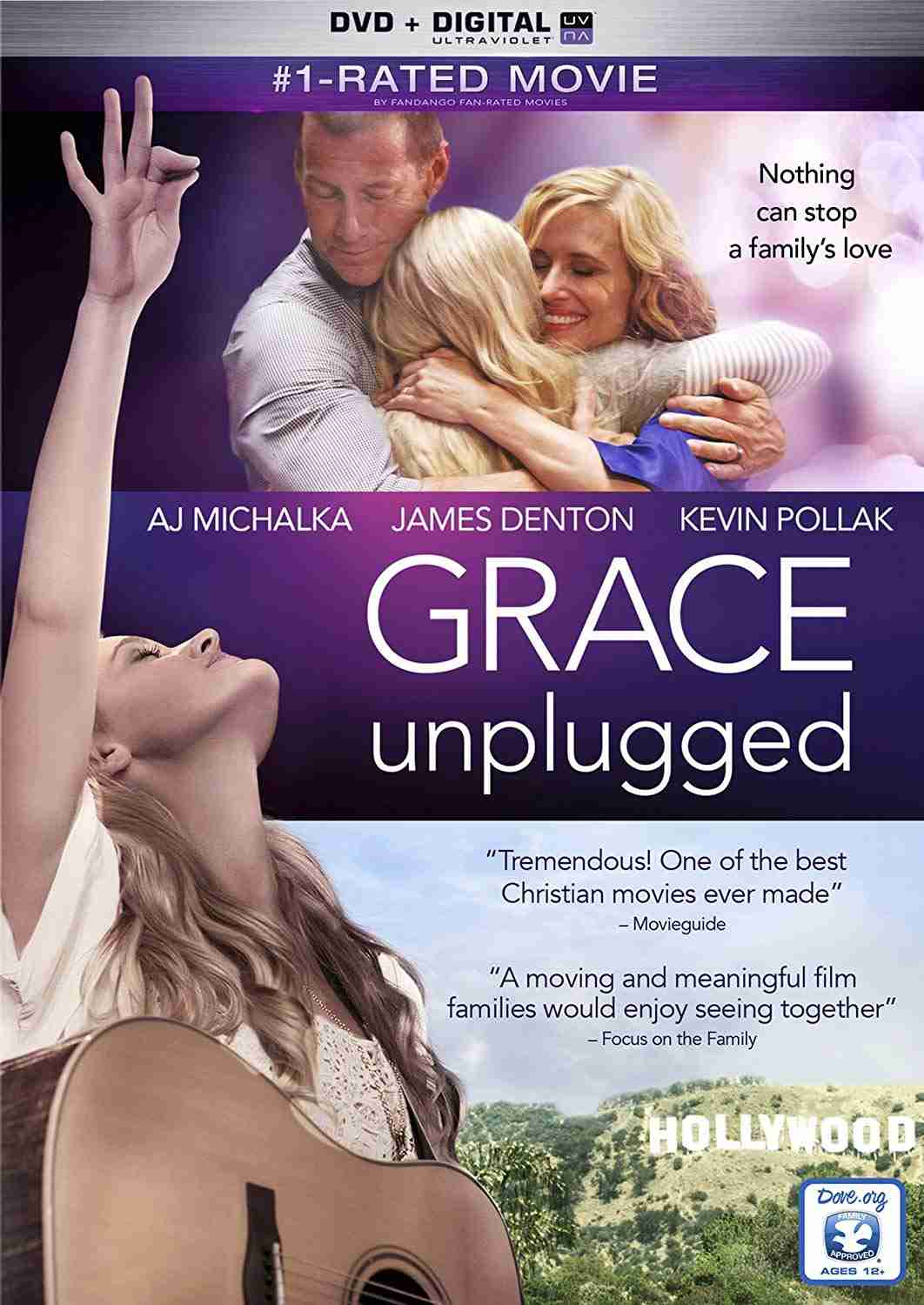 Johnny left a budding career in the music business after his first hit song to follow Jesus and become a church music director.  He now directs a worship band that includes his 18 year old daughter Grace.  Like many teenage girls, Grace is enamored by the popular music scene her father left behind.  Johnny knows how difficult life can be in the high stakes popular music scene and tries to keep Grace away from pursuing that path.  Grace is determined to go her own way.  Feeling stifled by her father, Grace takes a chance and moves to Los Angeles to pursue a career in popular music, offered to her by Johnny’s old manager.

Grace achieves immediate success by covering her father’s old hit song which has become popular again as the result of some Internet buzz.  She demonstrates enormous talent and the record company is ready to do everything needed to make her a star.  It doesn’t take long for this naive teenager to get in over her head.  The stress and pressure of becoming a star begins to take its toll as she moves further and further away from God.  Fortunately, a Christian intern working at the record company, Quentin, befriends Grace and tries to nudge her back towards her relationship with God and her family.

In the end, Grace walks away from the popular music scene and goes back to singing Christian songs with her father.  Meanwhile, her friend Quentin has started a contemporary Christian music division at the record company and becomes the promoter for Grace and her father’s new music.

I enjoyed watching this film.  The acting was good and the music was good.  The familiar tension between teenagers and parents is nothing new, but this story is actually about the tension between the world we live in and the path God wants us to take.  Overall, the details of the journey Grace takes in this film are a little too simplistic.  Things happen a little too fast and with not much time spent developing the kind of depth that could raise this concept to a higher level.  Still all the buttons are pushed and the emotions in these relationships ring true.  The likeable characters and quality acting performances makes this movie well-worth watching.

← The Grace Card
Jesus: The Greatest Life of All →