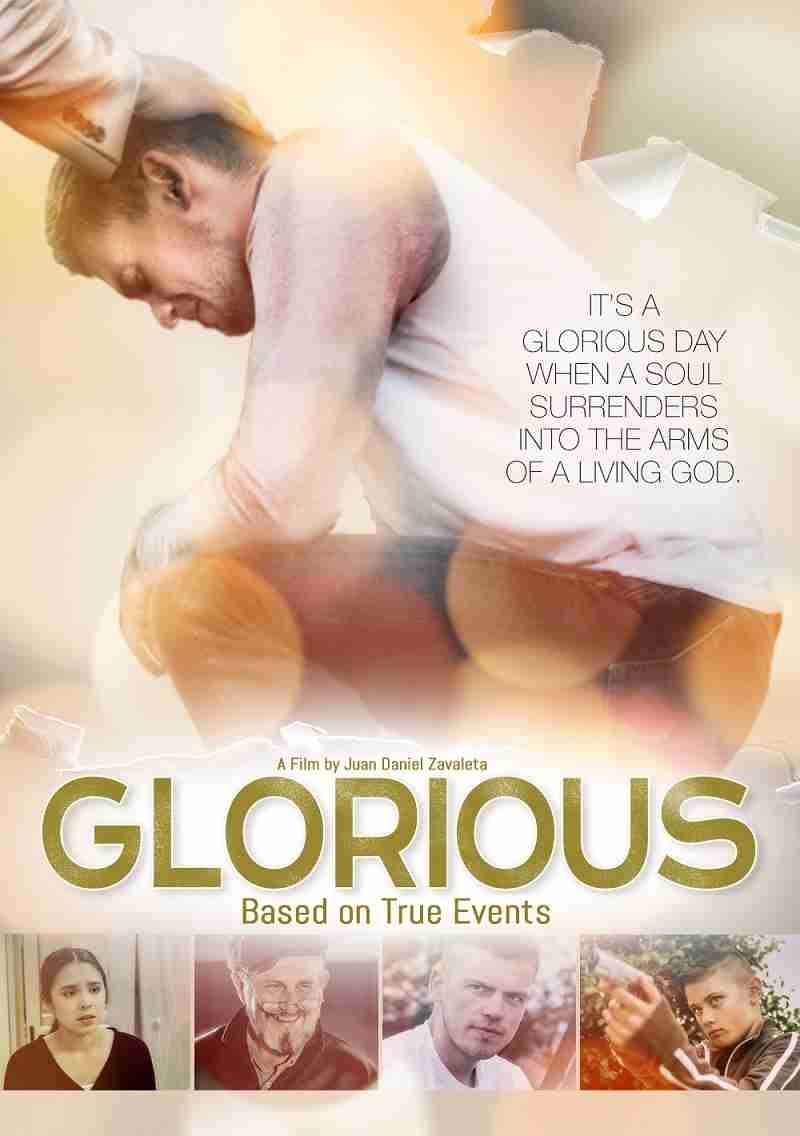 “Glorious,” is a true story about a young boy named Vince growing up in Chicago.  Tormented by a physically abusive step-father, Vince looks elsewhere for a family connection and ends up as a gang member at the age of twelve.  Older gang members let the younger gang members hold their gun so they don’t get caught carrying.  Vince is put in charge of one of the gang’s guns and ends up using it to shoot a rival gang member.  Although he gets away with this crime, over time his many other crimes keep him in and out of the juvenile detention center.  Eventually Vince is offered a chance to participate in a faith-based rehabilitation program at a residence facility where he works and worships with other young offenders.  Vince rejects the attempts to open his heart to God.  He is too wounded by his difficult life to trust God.

After being released from the faith-based rehabilitation program, Vince meets a nice girl at a local party.  They become close friends but are soon pulled apart when Vince is attacked by a rival gang member and shot in the chest and arm with a shotgun.  Vince survives the attack but has lost the use of his right arm.  Still not fully committed to God, Vince prays for God to return the use of his arm in exchange for his loyalty.  As he recovers, Vince continues his relationship with his girlfriend who is a committed Christian.  She helps him work his way through high school and their relationship grows stronger.

Miraculously, after one year of struggling to live with the use of only one arm, Vince regains feeling in his right arm.  Over the next year, his arm fully recovers.  Finally, Vince agrees to attend church with his girlfriend.   There is an altar call at the end of the service and with his girlfriend’s nudging, Vince walks the aisle and accepts Jesus as his Lord and Savior.

“Glorious,” is a powerful story of struggle and forgiveness.  The storytelling is fairly simple and plays more like a biographical reenactment than a well-developed drama; however, Vince’s life is so compelling nothing is lost.  There is some graphic violence that is necessary to tell the real story of this young gang member.  The relationship Vince has with his girlfriend is a beautiful representation of how innocence can reside in the heart of violent struggle.  One of the best parts of the film is at the end as the credits roll; some footage of the real Vince delivering his testimony before an audience brings the whole movie to life.

← The Empty Tomb
Following God’s Will →