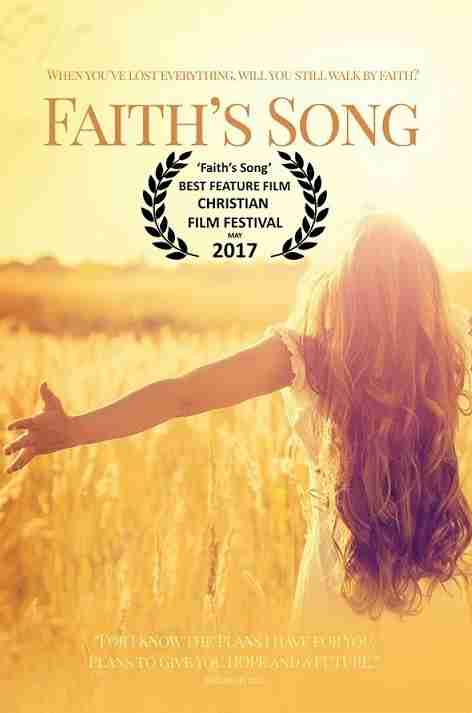 Faith is a talented teenage singer who solos in the church choir.  She has two loving parents and lots of close friends.  Faith is living a joyful life until the tragic death of her parents in a car crash.  Now she has to leave her friends and move away to live with her aunt who loves her and her uncle who despises anyone with Christian faith.

At this same time another teenage girl in the same town where Faith’s aunt and uncle live, Jade, discovers she is pregnant.  Jade lives alone with her father and when she shares the news with him he immediately kicks her out of the house.  Jade is unable to find anyone who will take her in and is forced to live on the streets.

Faith struggles to fit in at her new school and finds it difficult because of a largely secular culture.  In time, she makes friends with Michael who hears her sing and is impressed with her rare gift.  Michael is so impressed he offers to promote a concert for her at school.  Faith doesn’t think he can fill an audience for a Christian singer but Michael convinces her he can get it done.

Meanwhile, Faith’s uncle has turned to drinking to help him forget the daughter he lost at birth.  Looking at Faith reminds him of his loss and in a fit of rage he tells Faith to get out of his house.  Faith complies with his order and ends up in an encounter with Jade who is about to jump off a bridge to end her misery.  Faith stops Jade from jumping and shares Jesus with her.  After a meal together, Faith convinces Jade to call her father.  Jade’s father is profoundly remorseful for the way he treated Jade and the two get back together.

In the end, Faith’s uncle realizes the error of his ways and seeks God.  Michael comes through with the concert crowd and Faith takes the stage with three other talented singers for a joyous celebration to the Lord.  Finally, Faith’s uncle welcomes her as a member of the family.

There’s a lot of good music in this film and it’s really worth watching for that alone.  The story is actually fairly simple but has many moments of deep emotion.  There are several important elements that prompt the viewer to carefully consider how a similar situation would impact their life.  “Faith’s Song” is in some ways about how to survive in a secular world as a follower of Jesus and in other ways a story about how to work your way through tragedy by hanging on to God’s hand.  Faith, played by Hayden Grace McCoy, is a warm and generous character that’s easy to like.  This is a well-produced film that has a powerful impact.