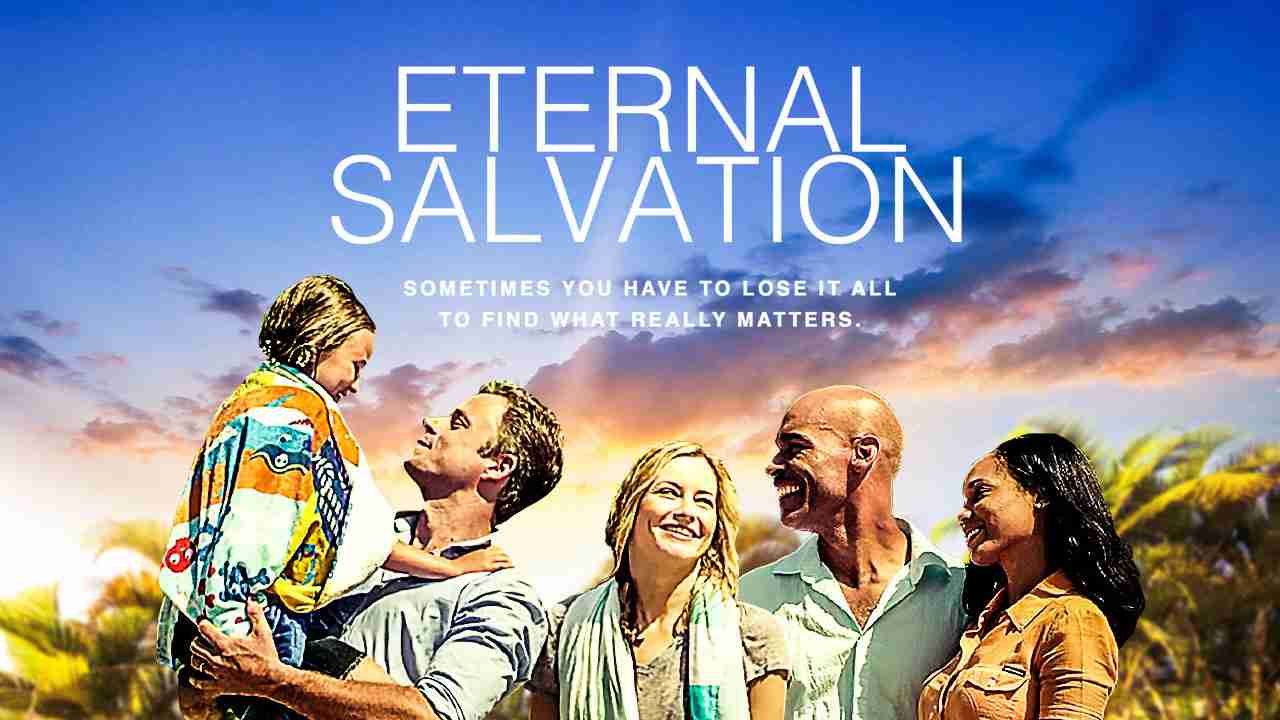 This is the story of an extraordinarily successful investment banker, Jonathan Wright, who is promoted to Senior Vice President of business relations for a major banking firm.  His future looks bright until he suddenly collapses on the golf course due to a serious brain aneurysm.  During months of rehabilitation, Jonathan is tormented by the threat of a younger coworker, Scott, who is now scheming to take over his job.  Jonathan believed Scott was his friend, but he rarely visited him during his illness.  Instead, Jonathan was supported through this difficult recovery by another coworker, Paul, who is a Christian.  Before his illness, Scott and Jonathan used to make fun of Paul’s Christian faith, but now Jonathan has a new perspective regarding who he can depend on.  In addition, during his recovery, Jonathan has a dream the he comes before God and is told to follow him.

Throughout Jonathan’s recovery he begins attending Bible study with Paul and eventually accepts Jesus as his Savior and is baptized.  When he finally returns to work, Scott tries to use Jonathan’s new found faith to drive a wedge between him and the head of the banking firm who, like Scott, is not a believer.  When the firm goes through a merger, several people are laid off and Scott has so manipulated the boss he is the one who stays with the firm and Jonathan is let go.

Jonathan ends up struggling through a year unemployed and loses his contact with his spiritual mentor Paul.  When they finally get back together, he is shocked to discover Scott has lost the firm’s biggest client, billionaire Berry Lawson.  Things take a darker turn when he later learns Scott has died in a tragic car accident.

In the end, Jonathan gets an unexpected call from Berry Lawson.  Lawson remembers Jonathan when he managed his account at his old firm, and he read an article that highlighted Johnathan’s conversion to Christianity.  Lawson happens to be a Christian himself and he is now interested in starting a new financial firm with Jonathan as a partner.  Jonathan’s wife and seven year old daughter have been impacted by his walk with Jesus and are baptized as the story closes.

This is an inspiring story of the secular world clashing with the spiritual world.  Jonathan’s financial success is fragile and insecure while his new found spiritual connection is solid and secure.  The message of the film seems to be if you depend on money rather than God, you are in deep trouble.  This is a well-made film with quality acting and good production value.  Some of the story structure is a little weak.  A few story elements could have been better dramatized and told with more detail.  Overall, it’s an uplifting story about a man who is chasing money and discovers it is far better to chase God.

← The Roller Coaster of Life
Fireproof →