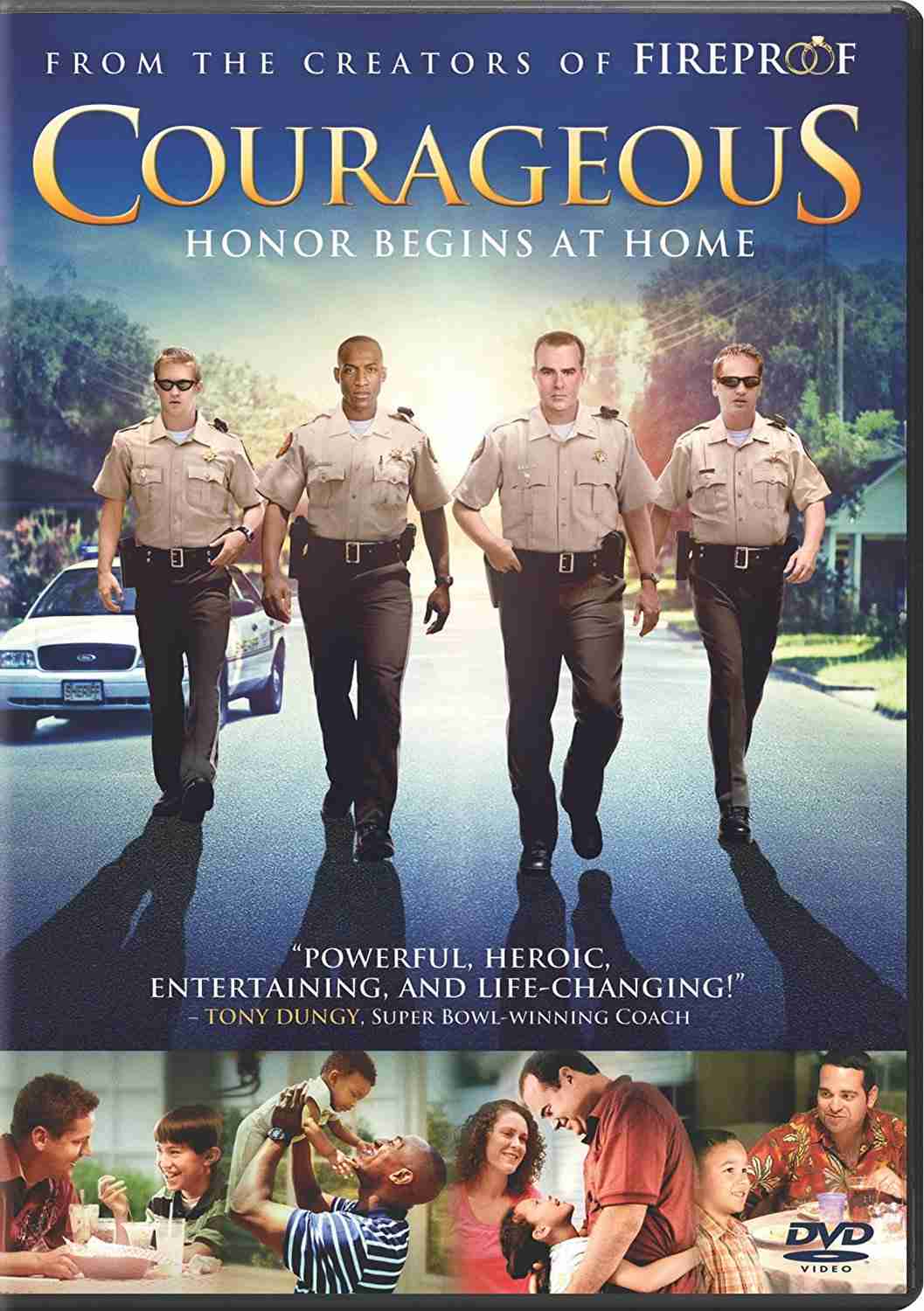 “Courageous” is the story of five men who come together to make a commitment to be better fathers.  Four of the men are police officers in a small town and one is an immigrant worker who is befriended by the group.  Early in the story, the leader of the group, Mitchell, loses his nine year old daughter in a fatal car accident.  As a result, Mitchell turns to the Bible for comfort and guidance on how to be a better father to his remaining son.  Through his study, Mitchell develops a set of Biblical guidelines for fathers and presents it to the group to ask them to hold him accountable to these standards; instead, they each decide to join Mitchell in his commitment to the Biblical guidelines and hold a formal ceremony to establish the resolution.  The film follows these men through their daily lives as they attempt to live out their new focus on fatherhood.  In the end, Mitchell is asked to share the details of his resolution with his large church congregation and all of the men in the audience stand in support of the strong Biblical standard for fathers.

The Biblical resolution for fathers presented in the film is a powerful document that all fathers should consider carefully.  I get the feeling the resolution was written first and then a story was developed around that concept.  The story telling was a bit too simplistic for me, but nevertheless did a good job dramatizing the importance of fathers in the lives of children and as a stabilizing force in a family.  Single parent families are also considered in this work and overall I believe it is a great starting point for a deeper discussion about parenting in general.  If you watch this film with the understand that nothing terribly unique is going to happen and settle into the deeper message of how important it is for parents to consider God every step of the way, you’ll come away satisfied and inspired.