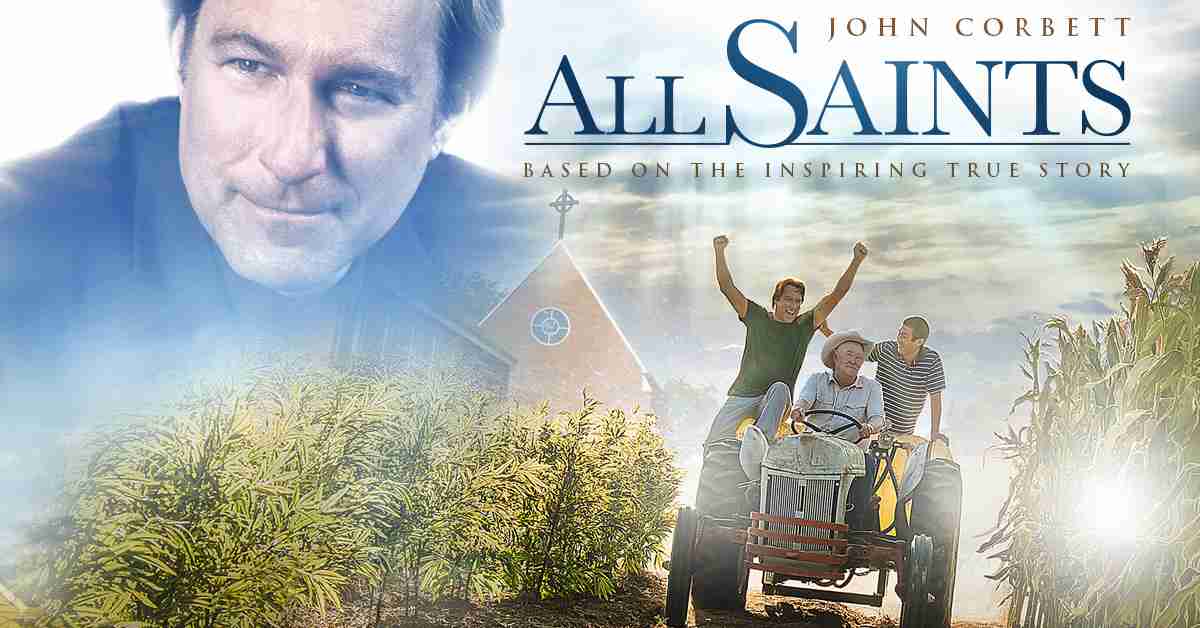 “All Saints” is based on a true story about an Episcopal pastor, Michael Spurlock, whose first assignment is to close a church that has dwindled down to only a handful of members.  His mission is to spend a couple of months doing an inventory, assist potential buyers, and shepherd the remaining members elsewhere.  The All Saints church is located in a rural community in Tennessee and the remaining members aren’t anxious to leave.  As things are winding down, the congregation is surprised by a group of Karen refugees from Burma who have escaped a brutal civil war.  Several Karen families, who were Christians before they fled Burma, are struggling to survive and have turned to the All Saints church for assistance; unfortunately, there is no money or resources to share with them since the church is closing.

In an effort to sustain themselves, the Karen, who were farmers in Burma, ask pastor Michael if they can plant crops on some of the land that surrounds the church.  Michael agrees but believes the church might be sold before they are able to harvest their crops.  As Michael works through the problems that God has brought his way, he comes to the conclusion that there is enough land attached to the church to turn it into a farm that can sustain the Karen families and pay the church mortgage.  After a struggle with the church hierarchy, Michael is allowed to take the church off the market and move forward with his plan to turn the property into a profitable farm.

The first season of farming is a major struggle and it looks like the concept is going to fail; however, in the end the church hierarchy sees the potential and decides to support the church/farm financially in order to help it succeed.

This is a richly textured story about a man who leaves his sales career to become a pastor, and a community that learns to adapt to a new situation in a remarkable way.  It is also a story about how God may choose to work things out in ways that are not always easy to understand.  “All Saints,” is a well-made film with quality acting and was filmed at the actual All Saints church which today is a thriving ministry.  The concept of repurposing a church rather than closing the doors is one that should be considered more often.  God’s work is not always carried out through a worship venue; sometimes a farm works just as well.