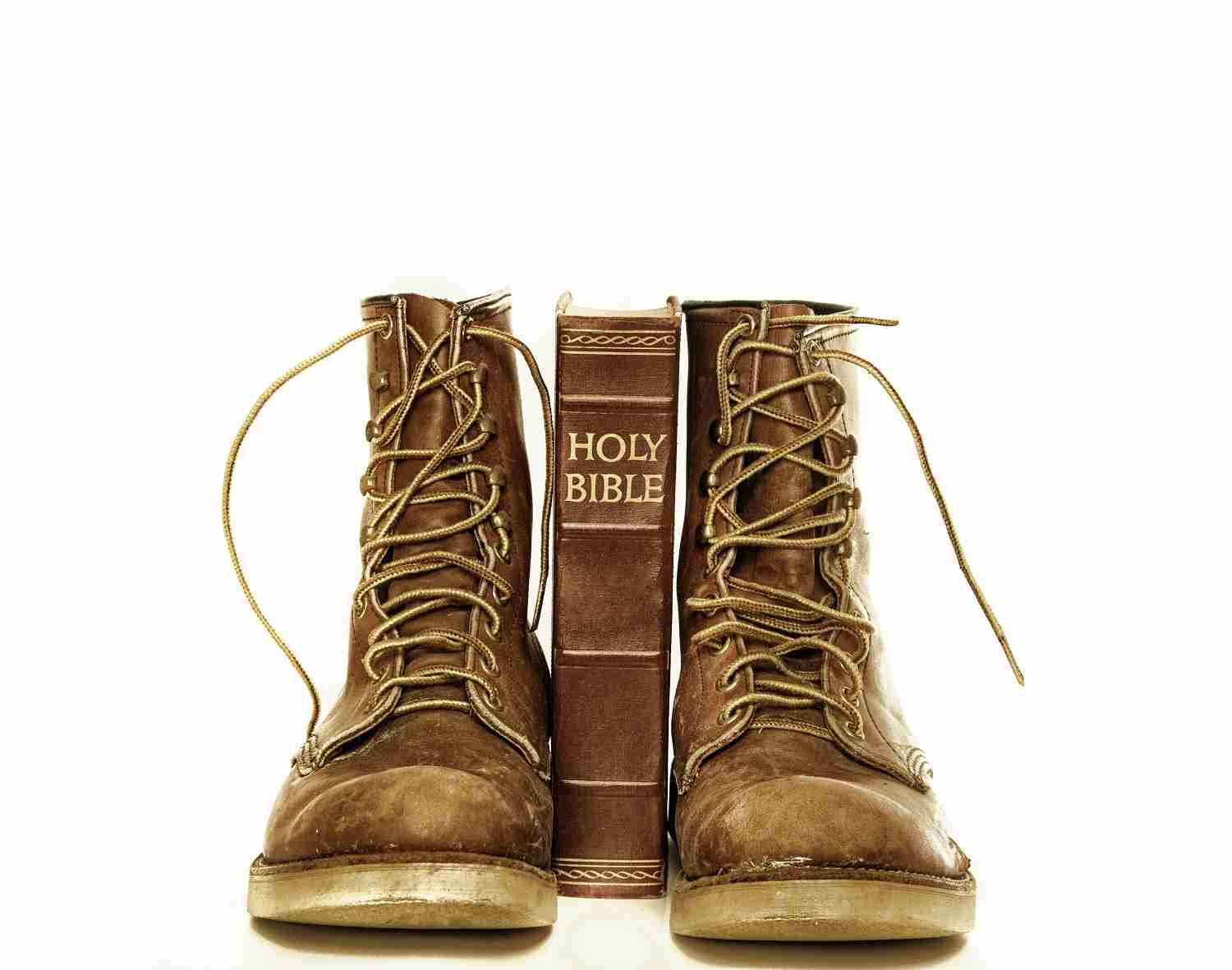 CHAPTER SEVENTEEN in the story of college students Josh & Emily discovering lessons from the Parables of Jesus.

You can’t just say you’re a believer; you have to act accordingly.  Your actions, not your words, will identify your faithfulness.

Sunday is a joyous day at Faith Bible Church.  This day was no exception.  As the service ended, church members flooded out of the building onto the paving-stone plaza filled with the spirit of God – ready to carry that spirit into a new week.  Josh and Emily were among the group streaming out of the building with Emily sharing with Josh a task she had volunteered both of them to undertake.

“I told them we could come right after church,” Emily told Josh.

“You told them we would come before you even asked me?” Josh responded.

“You always say yes when I ask you for help.”

“But shouldn’t you ask me first in case I have an important meeting or a doctor’s appointment or something?”

“You never have important meetings and you’re super healthy.”

“We have to child-proof all the cabinets and drawers in the house.”

“That’s one of the requirements to be a foster parent?” Josh asked.

“Right,” Emily said.  “Someone comes to inspect the home to make sure it’s safe before they’re allowed to receive their first child.”

While many of the church members were stopping to talk or spend some time at the church coffee shop, Josh and Emily made a bee-line for Josh’s Toyota Corolla and were out of the parking lot in a flash on the way to accomplish their mission.

Driving through a residential neighborhood, they continued to talk about the task at hand.

“Making a commitment to be foster parents is a beautiful thing,” Josh said.

“Karlie told me forty thousand babies are placed into foster care every year due to abuse or neglect,” Emily shared with Josh.

SUDDENLY Josh slammed on the breaks to avoid hitting a small stray dog standing in the middle of the street.

“It’s a lost dog!” Emily said with deep concern.  “We have to get him back to his owner!”

“But Karlie and Matt are waiting for us,” Josh said.  “The owner’s probably right around here somewhere.”

Emily took a quick look around.  “There’s no one around, Josh!”

Emily swung open the car door and cautiously stepped into the street to approach the small dog.  Reaching out her hand and talking baby talk to calm the dog, Emily was able to make a fast friend.  In less than a minute, she was in the backseat of the car holding the cute black and white mix-breed dog.

When they arrived at their friend’s house, they approached the front porch with Emily still carrying the dog.  Karlie, a young mom in her early forties, stepped out of the house and greeted them as they approached.

“I don’t,” Emily clarified.  “He’s lost.  There’s a number on his collar.  I already called but there was no answer.”

Karlie was immediately enamored by the little dog and spent a moment scratching him behind his ear while Emily held him in her arms.

“You don’t mind if he hangs out here with us do you?” Emily asked.

“No, we can put him in the backyard while we’re working.”

A couple of hours later, Josh was laying on Karlie’s kitchen floor finishing up the installation of a child-proof latch on the cabinet door under her sink.  Emily and Karlie were standing near a sliding glass door watching the little black and white dog play in the backyard.  At the same time, Karlie’s husband Matt was checking to make sure all the doors and drawers in the kitchen were completely safe and secure.

Satisfied the work was complete, Matt shared his thoughts with Emily and Josh.  “You guys have been a big help,” he said.  “We were not looking forward to this job.”

At that same moment, the dog in the backyard began scratching at the glass door trying to join the conversation.  Finished with his work, Josh climbed up off the kitchen floor and took a look out the sliding glass door at the dog trying to get inside.

“Still no answer at that phone number?” Josh asked Emily.

Matt looked out at the dog and shared his thoughts.  “Looks like you guys are foster parents now,” he said.

Emily opened the sliding glass door and the little black and white dog jumped into her arms just as a call came in on her cell phone.  She passed the dog off to Josh and answered the call.

“Hello?  Yes, we found your dog!” she announced over the phone.

With Emily and the little black and white dog once again in the backseat, Josh slowly drove his Toyota Corolla through an older residential neighborhood looking for the dog owner’s address.

“I hope they’re nice people,” Emily said with deep concern.  “I don’t want to turn the dog over to a neglectful family.”

“What did the person you talked to on the phone sound like?”  Josh asked.

“She sounded nice enough, but how can you really tell over the phone?”

“I think we have to give the dog back no matter what.”

“Even if they’re mean people?”

“If they’re mean and neglectful there must be someone we can call to check on them and the dog,” Josh considered.

“I don’t think they do dogs,” Josh noted.

Spotting the correct address, Josh pulled the Toyota to the curb and was immediately encouraged to see an elderly woman hurrying down the front walk to collect her dog.  The moment Emily stepped out of the car with the dog, the woman began showering the cute canine with love.

“Thank you so much for bringing Toby back to me!” The elderly woman said with a big smile on her face.

Emily was happy to hand the dog back to what was clearly a loving caregiver.

“How did he get away?” Emily asked.

“He jumped the fence going after a cat,” the woman explained.  “I had no idea he could jump that fence!  And I couldn’t chase him.  He was halfway down the block before I made it out to the sidewalk.”

Josh looked over at the fence in question and it looked way too big for the little dog to jump.

“He jumped that fence?” Josh asked.

“No, that’s a new fence.  My brother put it up yesterday.” the woman told Josh.

“You built a fence before you even knew if you’d find your dog?”  Emily asked.

The woman’s face lit up with a bright smile.  “Oh, I just keep praying and God kept telling me to build a fence,” she said.  “So I called Jimmy and he built a fence.  If you trust God, you take action,” the woman concluded.

“Words to live by,” Josh agreed.

Emily and Josh were invited inside where they all spent some time celebrating the work God was doing in their lives.

CHAPTER EIGHTEEN – Jesus is the Way 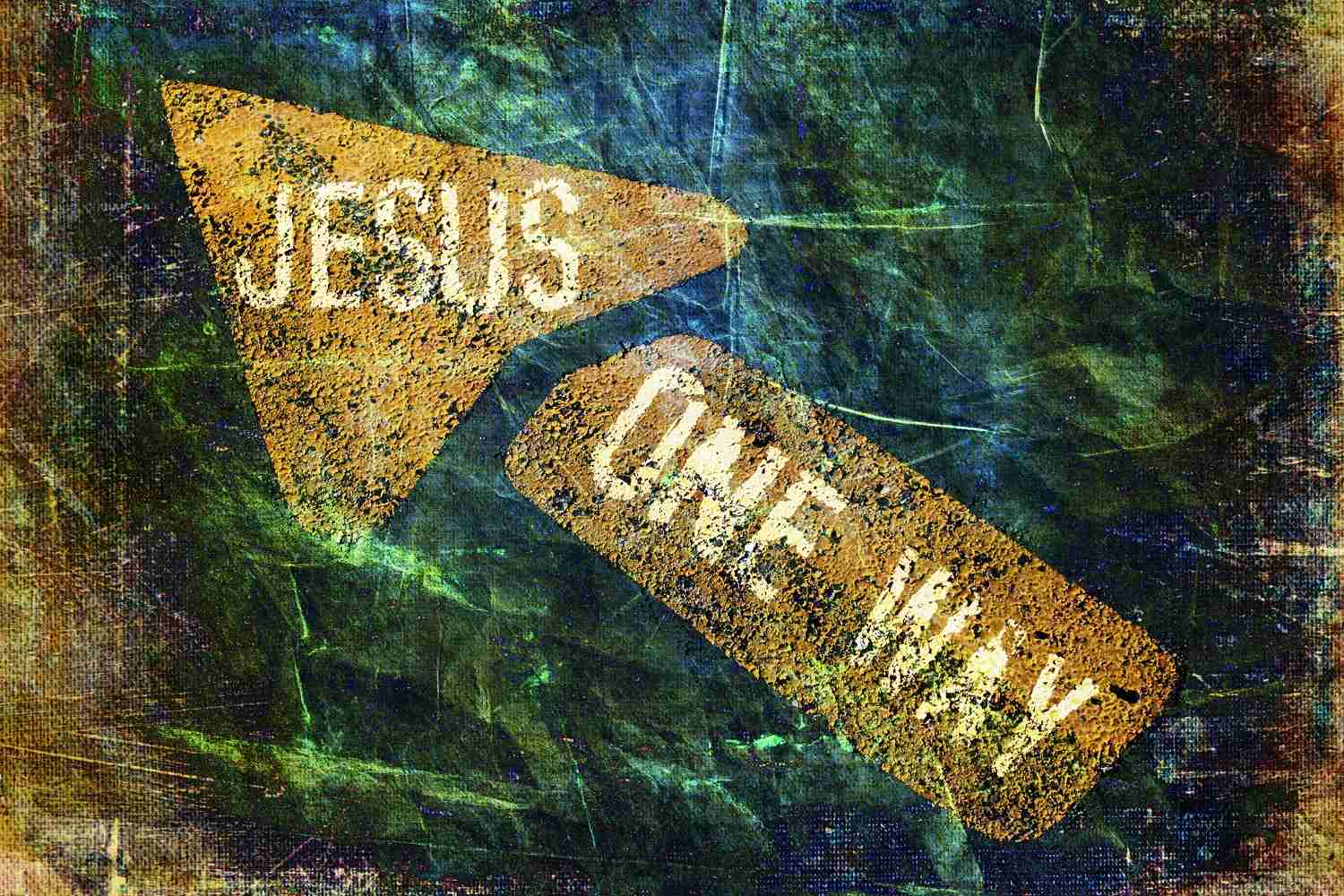 ← By Grace Through Faith
Jesus is The Way →