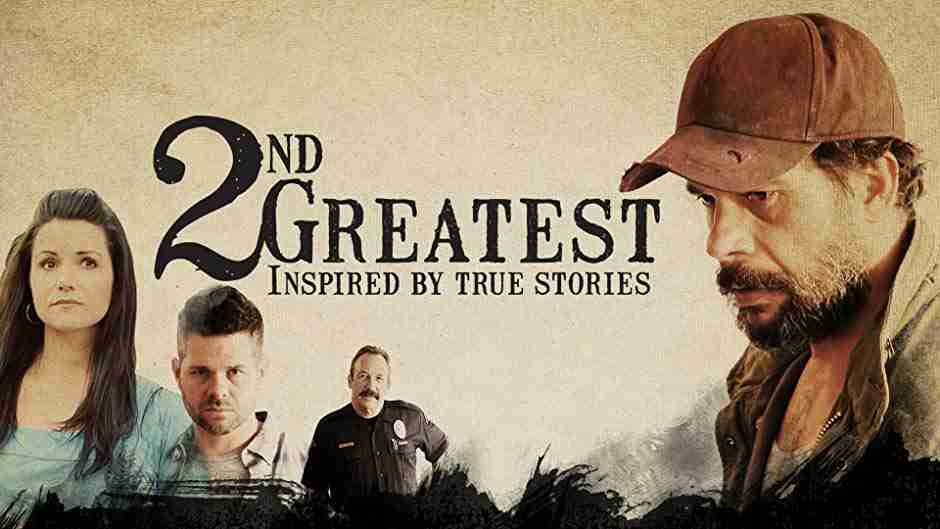 2nd Greatest is a reference to the second greatest commandment which is to love your neighbor as yourself.  This film is based on the true story of the Neighborhood Rehabilitation program in Golden, Colorado organized by a local pastor and carried out by an army of volunteers dedicated to helping low income families stay in their homes.

The film opens with the story of a local homeless man, Joe, who is well known by the police for getting drunk and causing a disturbance.  Veteran police office, Greg Knox, has known Joe for many years and tries to keep him out of trouble as best he can.  Officer Knox is joined in his concern for Joe by the new pastor, Ben Cooper, who has his own encounter with Joe’s belligerent persona.

Pastor Ben also helps make repairs on a mobile home owned by an elderly lady in a run-down trailer park.  During his work, the pastor encounters the trailer park manager and learns there is so much repair work that needs to be done, there is a danger the city will have to shut it down.  Pastor Ben makes plans to help and makes an appearance at a community meeting to pitch his ideas.  Pastor Ben is shocked to learn a powerful real estate developer, Ira Northrop, is opposed to the rehabilitation program and just wants to get rid of the lower income people who are destroying the neighborhood.

Regardless of the opposition from Northrop, Pastor Ben is able to gather a large group of volunteers and begins work on the trailer park.  When Northrop discovers the project is well under way, he starts a petition to stop the work on the grounds that it is unpermitted.  With their back against the wall, Pastor Ben and his group again attend the community meeting and plead their case.

As it turns out, Northrop’s biggest problem isn’t the trailer park and the lower income people.  His real anger is against Joe, the drunk from the beginning of the story, who is now a sober participant in the trailer park rehabilitation project.  Several years earlier, Joe was riding in a truck with his brother, they both had been drinking, and as a result hit and killed Northrop’s granddaughter.  Since that time, Northrop has not only hated Joe, but anyone who reminds him of Joe, which is all lower income people.

When Joe speaks at the community meeting, he confronts Northrop and apologizes for that night long ago in an effort to seek forgiveness.  In the end, Northrop sees how that event pushed him into a prejudice that clouded his judgement.  He withdraws his complaint against the trailer park rehabilitation and in fact joins in the effort himself.

This is a great story about people who have decided to get away from the church so that they could become the church and serve one another as Jesus commanded.  This is also a story about how a few people serving can grow into an army of help when God is behind the effort.  2nd Greatest is a serious drama with no effort made to lighten the mood with comic relief.  The pace of the storytelling is slow and deliberate as each of the main characters is fully developed.  Be prepared to challenge your own thinking about how best to serve your neighbor as the layers of this story unfold.

← Walk in the Light
Angel in the House →